the story of a Sergeant major

Jerry was deployed overseas for 18 years, including 1968 and 1969 in Vietnam and seven years in the Middle East. Among his 22 awards, decorations, and medals are the Bronze Star, the Vietnamese Cross of Gallantry, the Vietnam Service Medal with 3 bronze stars and was decorated by the Hmong Secret Guerrilla Unit. 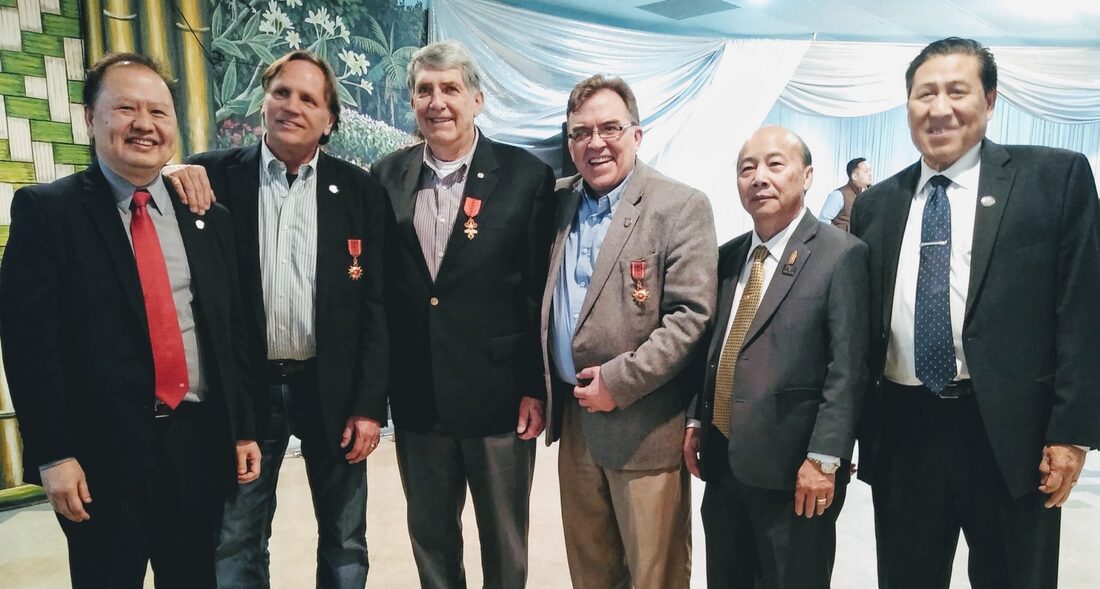 In 2019, Sen. John Hoffman (DFL-Champlin), Sen. Jerry Newton (DFL-Coon Rapids), and Sen. Jim Abeler (R-Anoka) received the Knight in the Order of the White Parasol from the Hmong Special Guerilla Unit from the son of General Vang Pao. The Hmong Special Guerilla Unit is credited with saving hundreds of American soldiers and pilots in Laos during the Vietnam War, at great cost of life in their Hmong community.

​“Many soldiers owe these brave men and women their lives,” said Sen. Newton. “I am among those who owe them an eternal debt.”

Jerry loyally served our country abroad for 18 years and for 24 years at home. He continues to work hard to ensure that veterans across Minnesota who need care have access to the Minnesota Veterans Home, has been a strong proponent of veterans courts and benefits for disabled veterans, and services for female veterans.